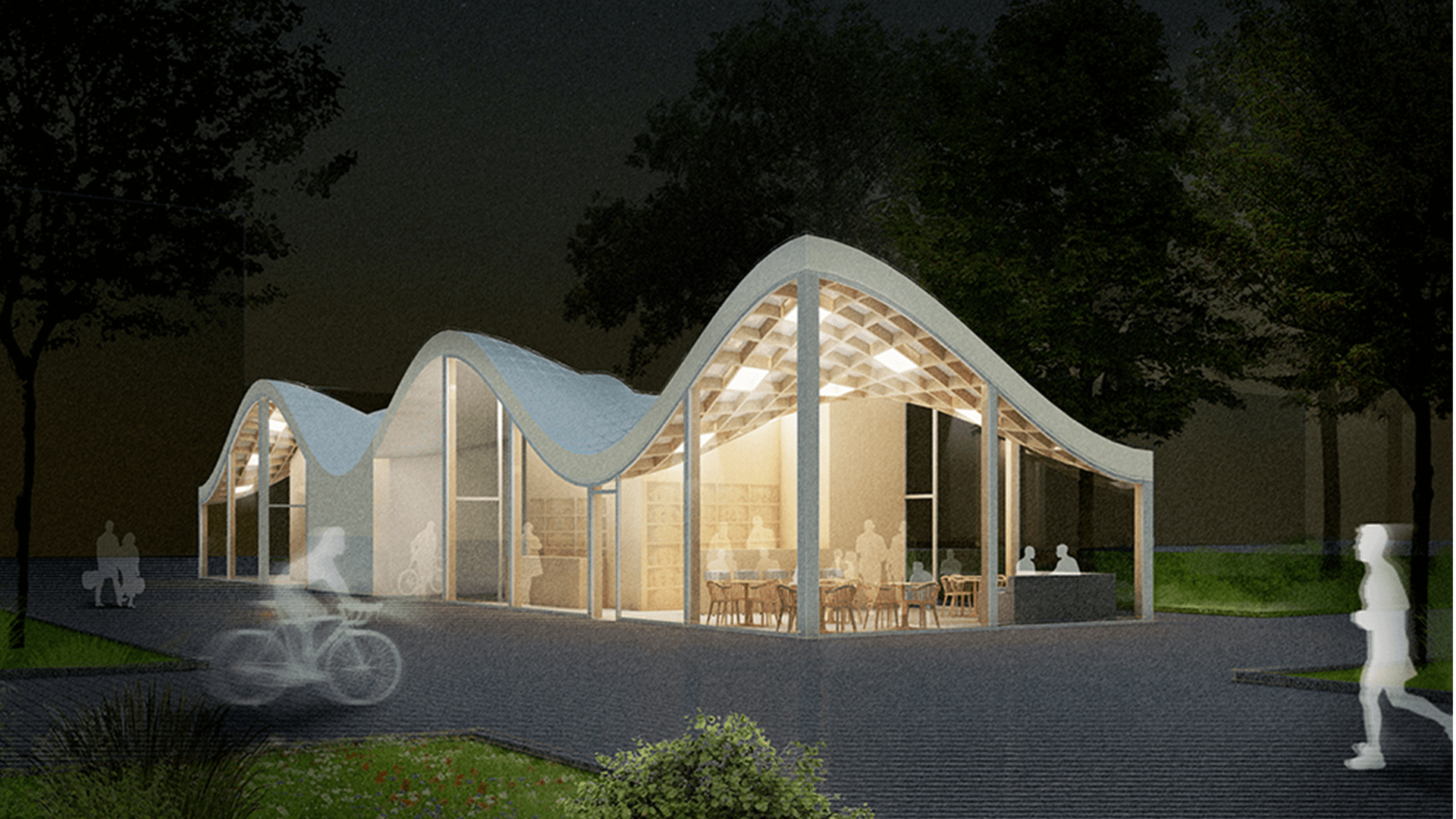 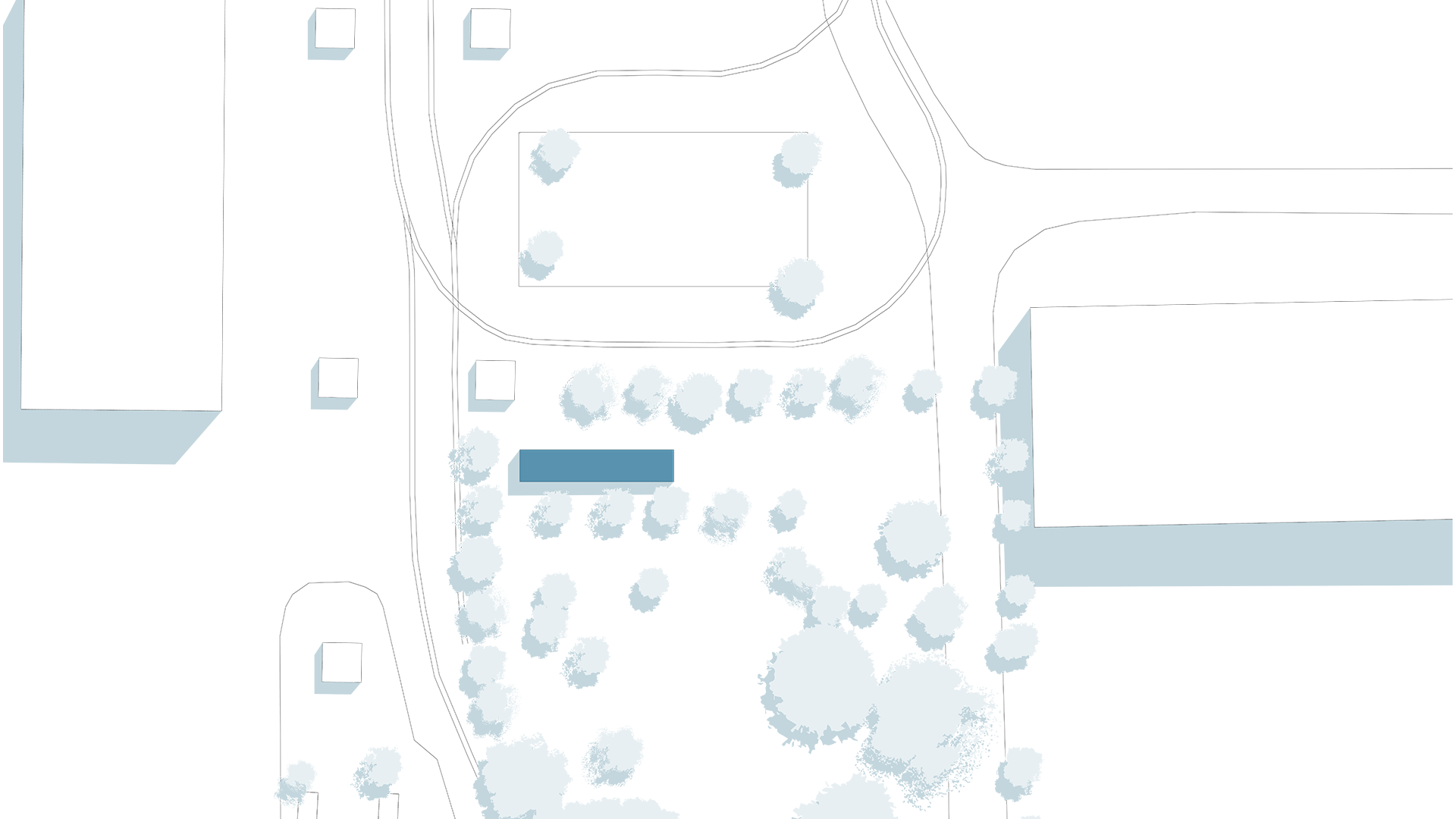 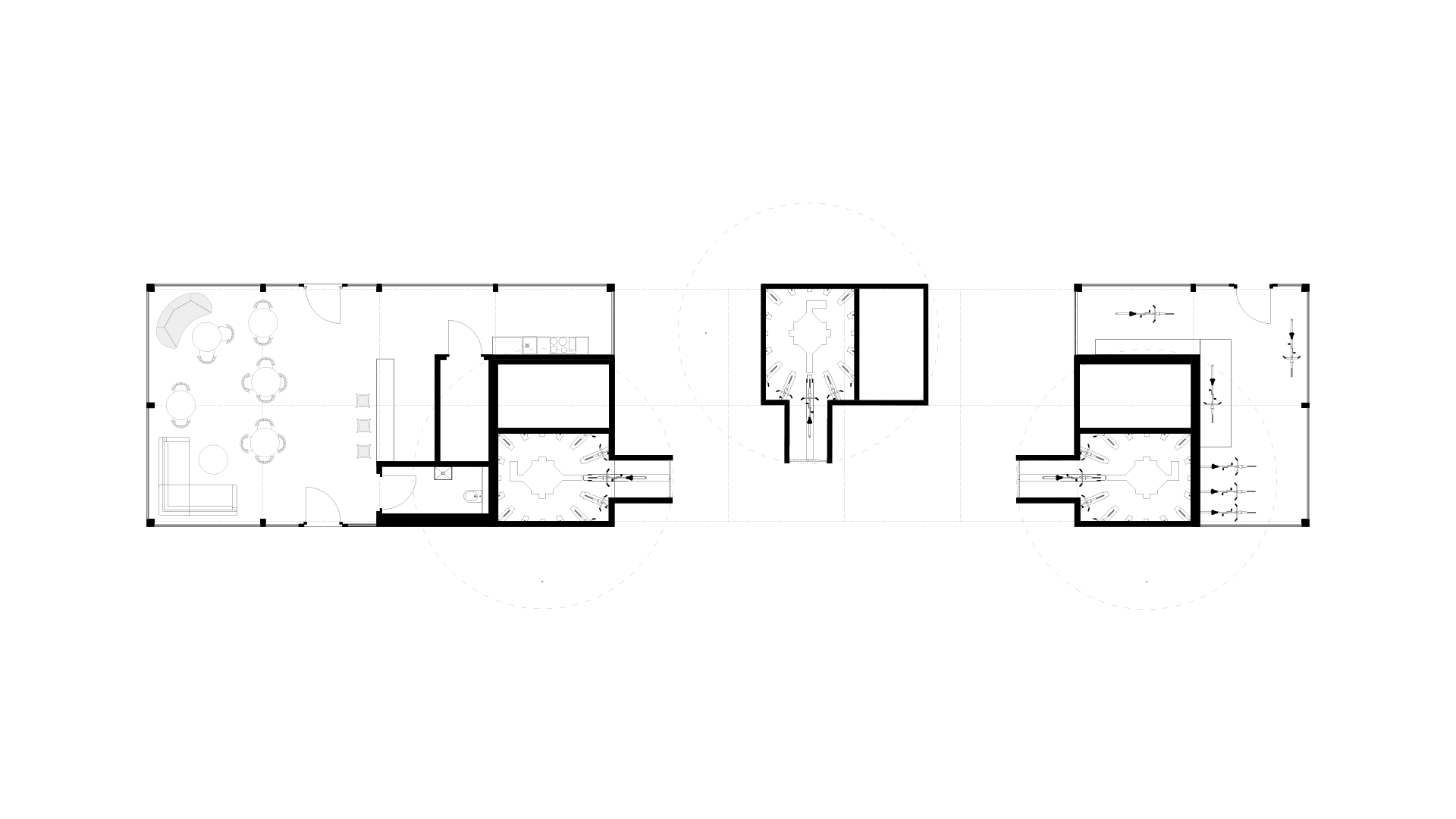 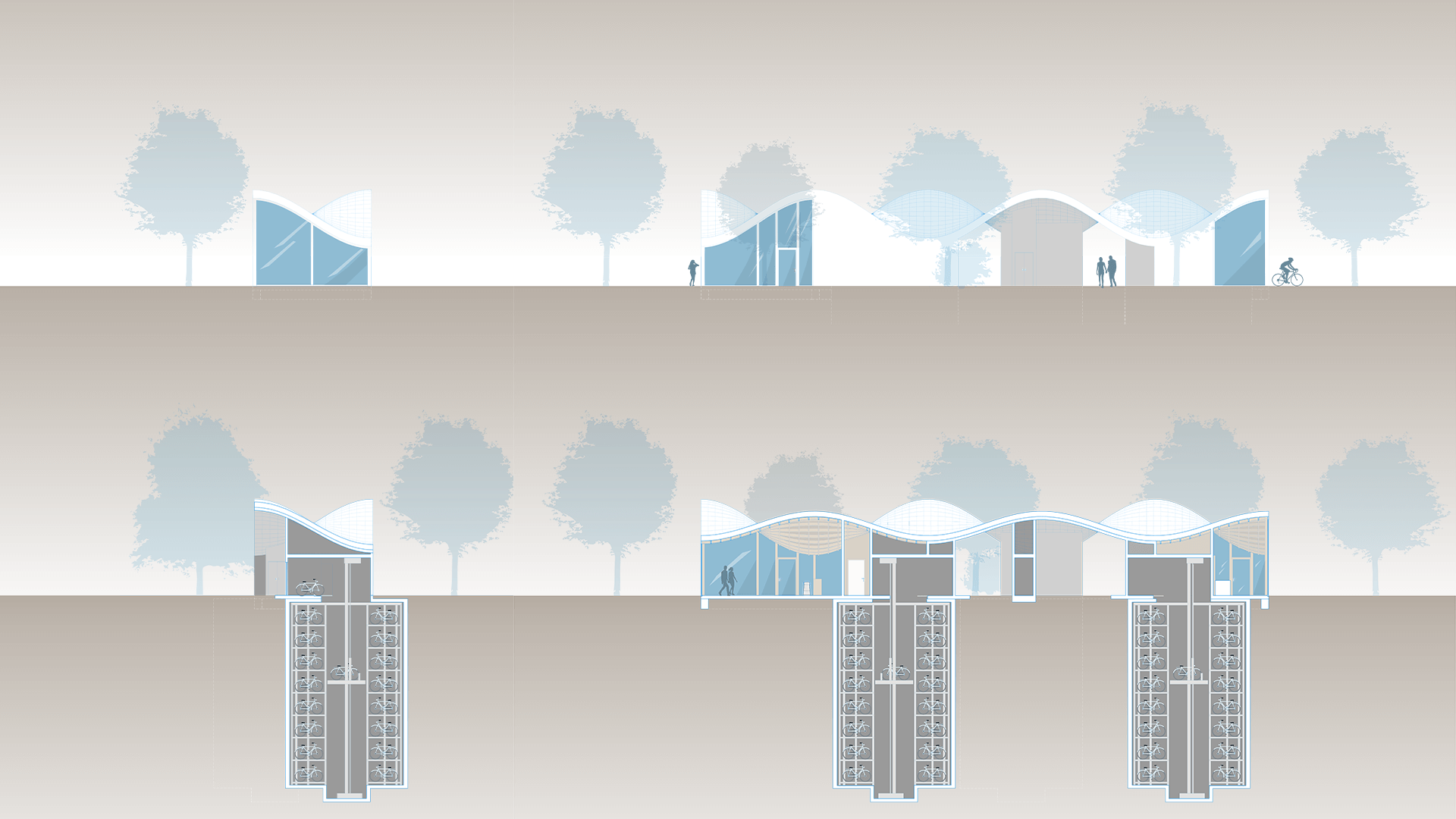 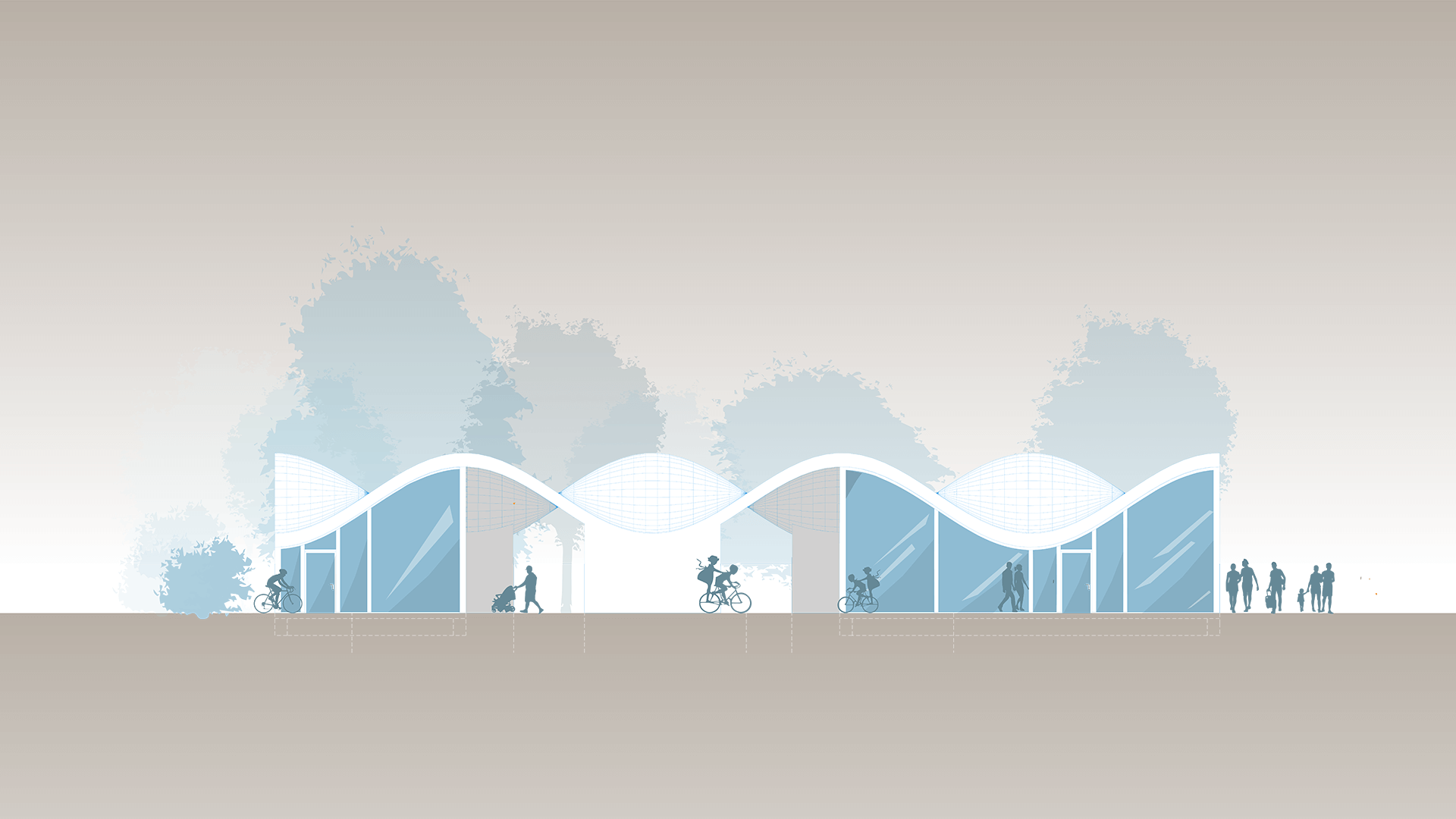 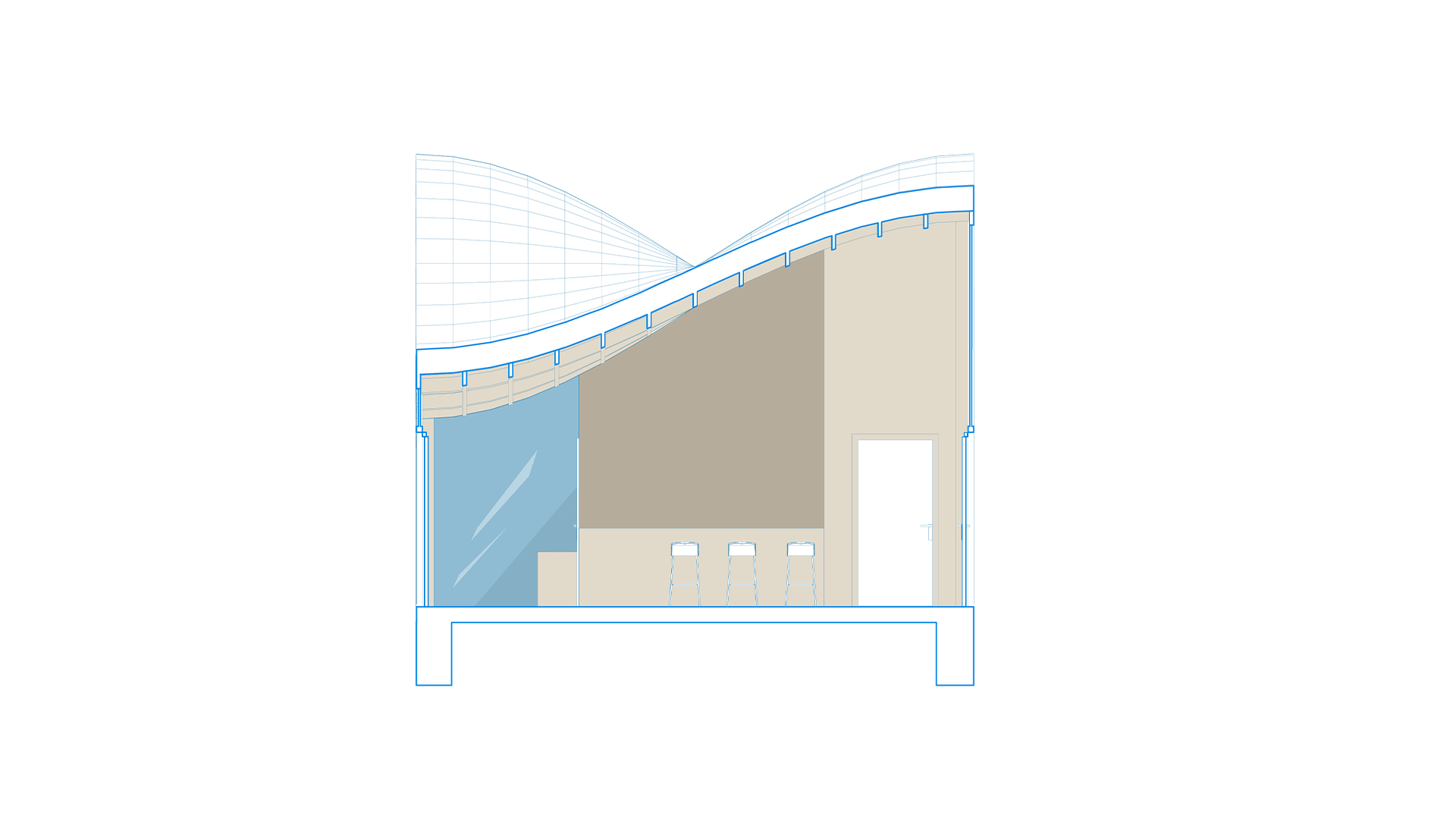 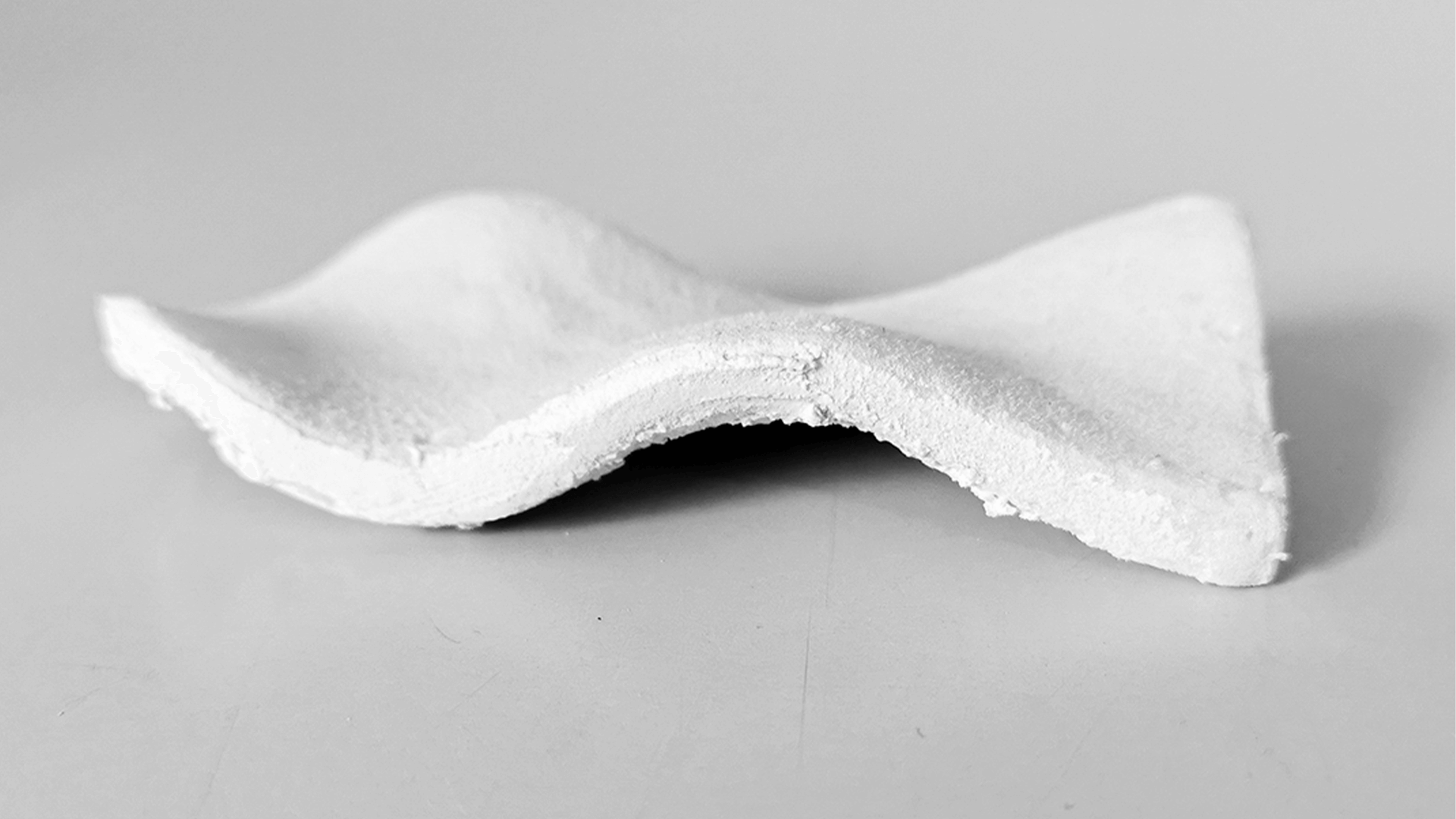 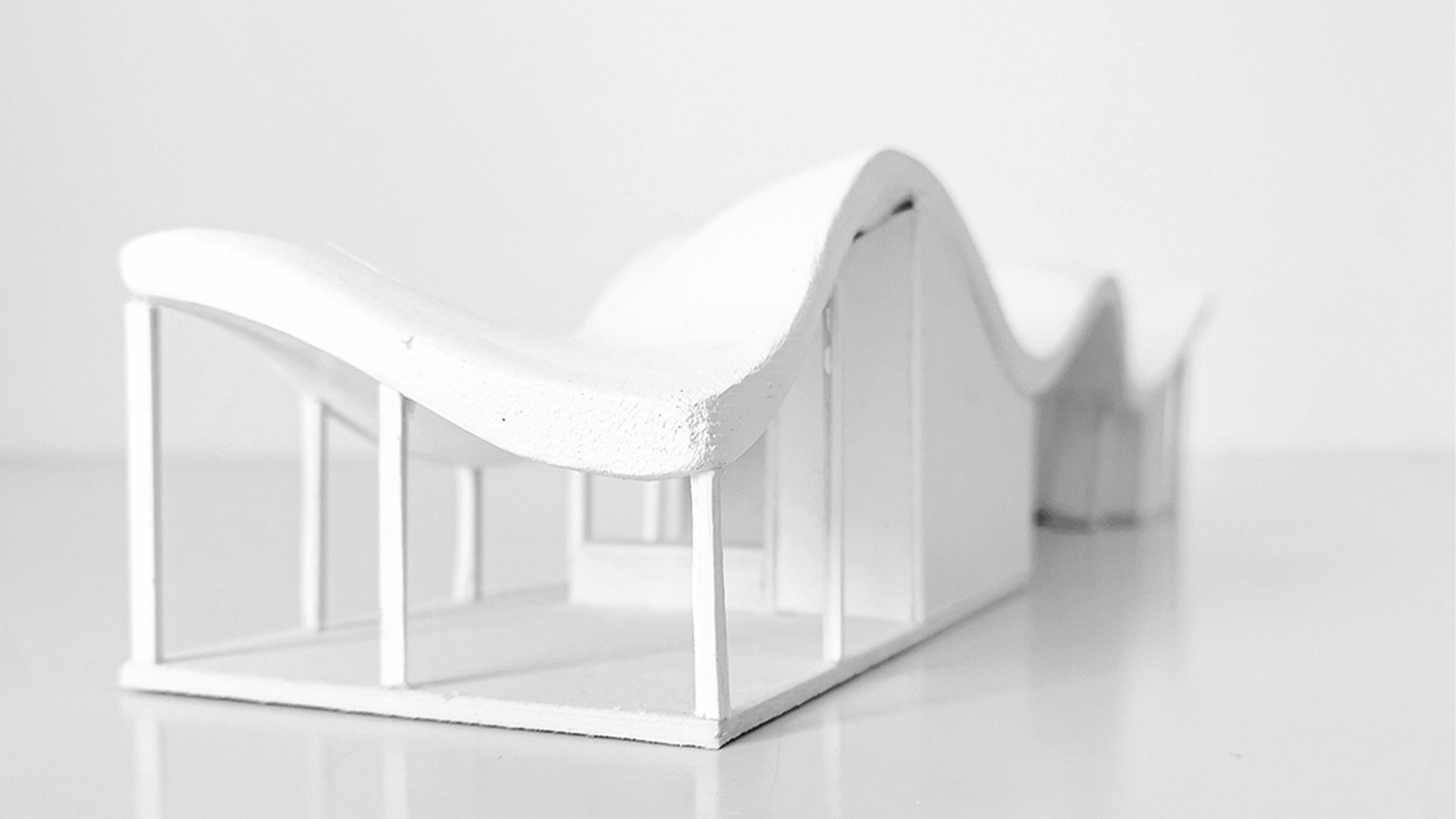 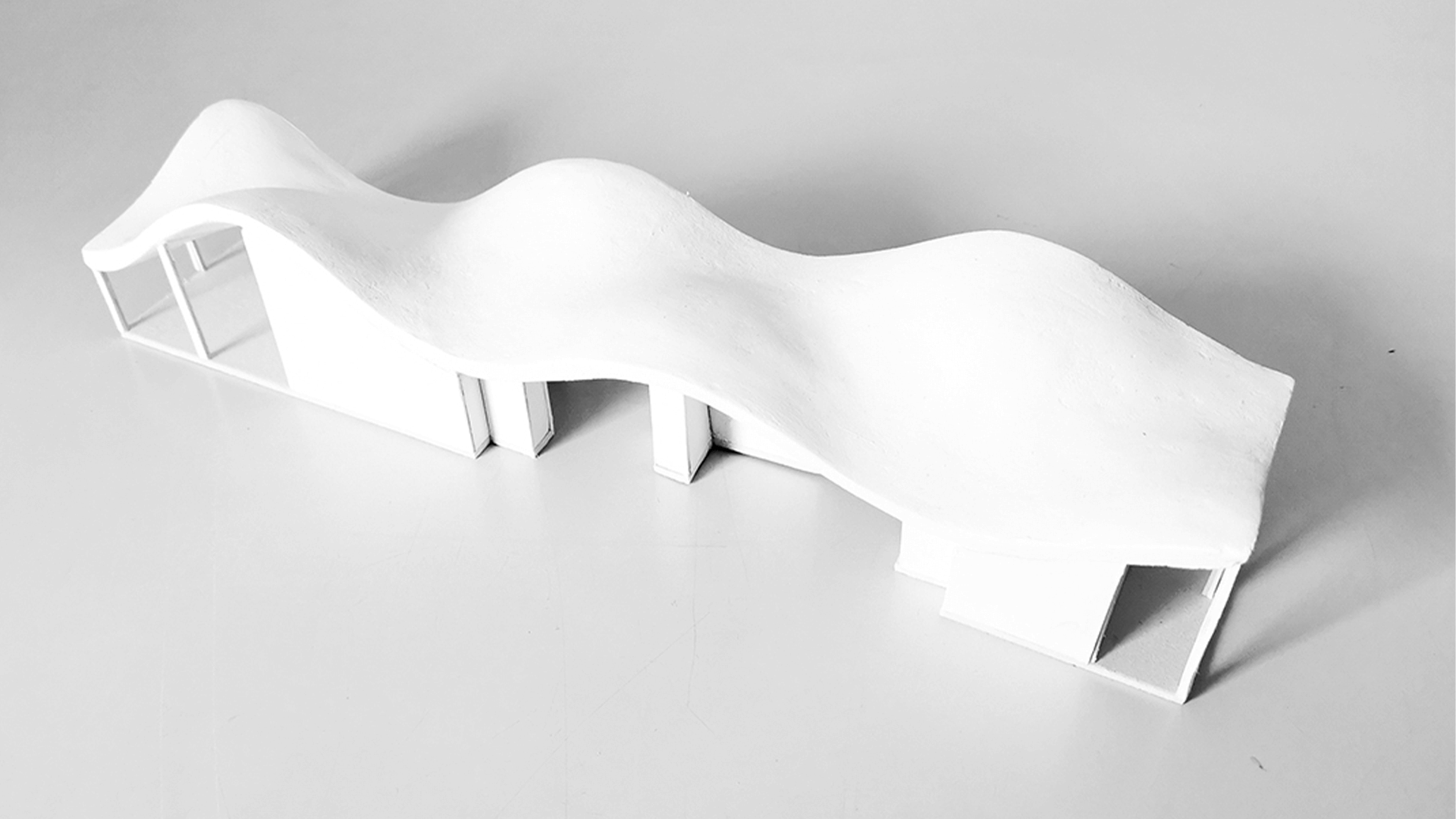 Bycicles are a popular way of transportation, for groups of all ages. Their usage has increased over recent years and is very likely to increase further in the near future. At railway stations, but also in other places, this creates the problem of limited parking space. Bike safes now offer a remedy for this. At Darmstadt‘s main railway station, three such towers are linked to one building. A building where pedestrians, cyclists and public transport meet. In Addition to to the bike safes, it contains a small café and a small bicycle workshop. The building integrates three underground parking towers so that they are hard to notice from the outside. The footprint is an elongated rectangle, starting with the café, opening towards the center for the three bike towers and ending with the bike repair shop and the rental shop. The café side faces the main railway station and its entrance, while the bike workshop and bike safes are located on the far side of the main traffic routes. In order to keep an elegant appearance to the building the shape of the ground plan is simple and contrasts to the wave-shaped roof. The Sine House focuses primarily on future-oriented construction and materials. This is represented in a skeleton construction with a plug-in connection made of wood.

Beams are formed from multi-layer panels, which become a three-dimensional load-bearing structure. The entire roof surface is created using a grid of curved wooden slats, which are milled out at the crossing points to allow the beams to be inserted into each other. The resulting lattice, which forms the roof shape, acts with its own weight against emerging wind loads. With a distance of 3.4m, supports (15cm * 15cm * Xcm), which carry the roof are arranged all around. The supports are firmly anchored in the foundation and are connected to the roof using a plug in connection. The bracing is provided on the one hand by the bicycle towers, which are connected to the roof structure as cores and thus act together with the walls to prevent the structure from twisting. A grid that consists only of beams inserted into each other is not inherently stiff. The grid fields are additionally braced with crosses to prevent the grid from being compressed by wind load.
In order to give the building a clean and simple exterior, light-coloured fibre cement panels for the roof, wall cladding and wood-aluminum windows create a uniform outer skin.