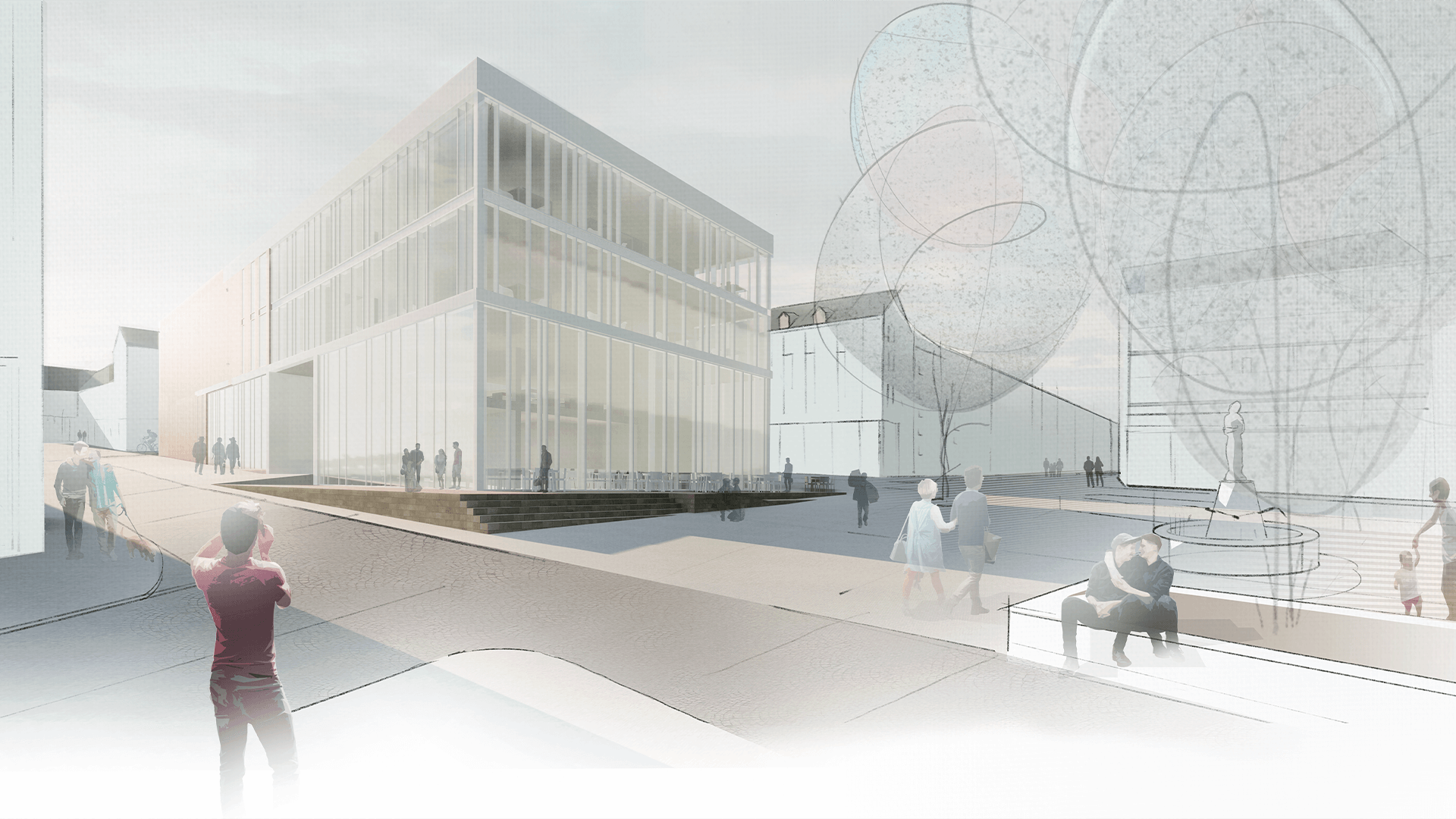 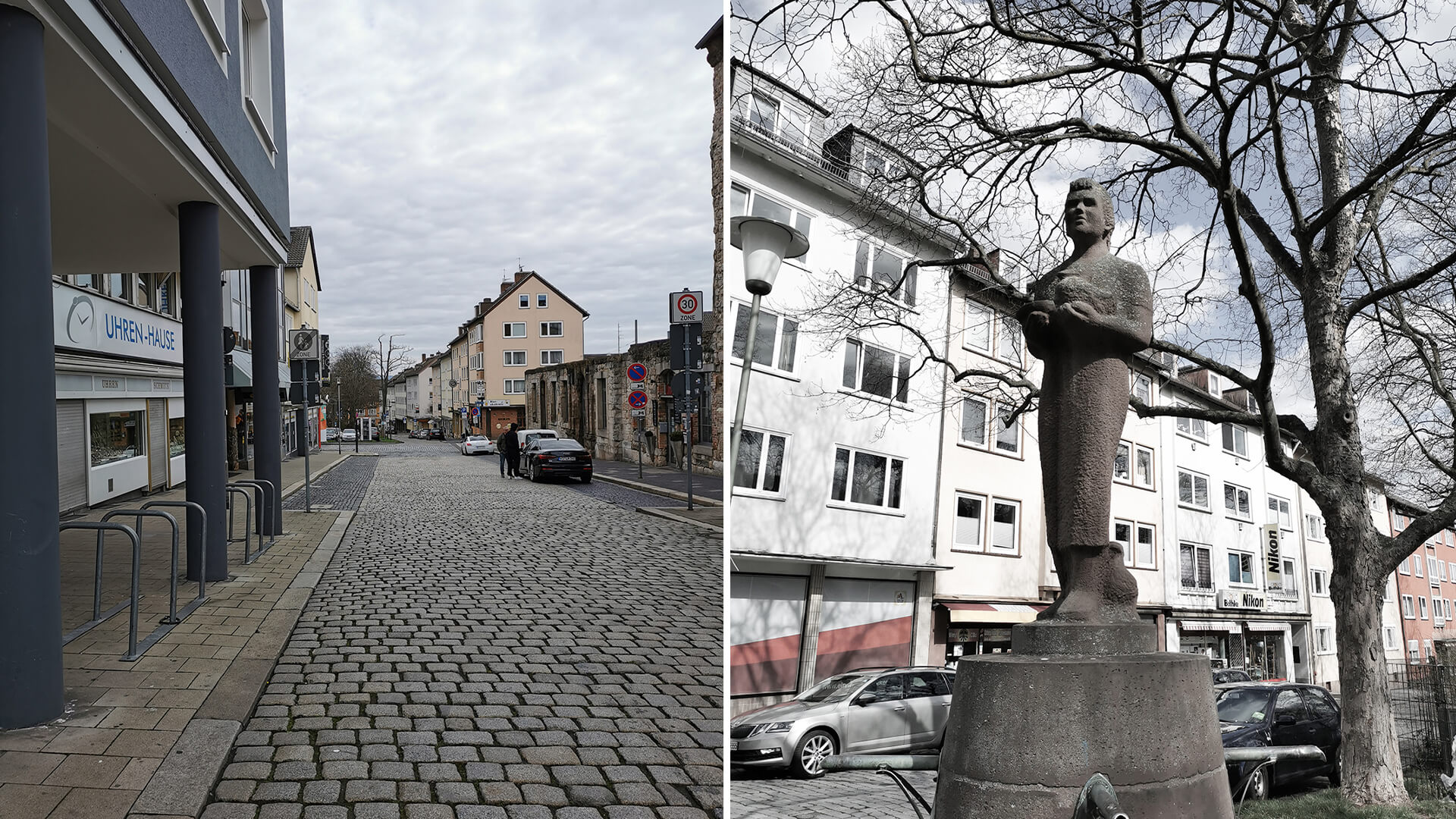 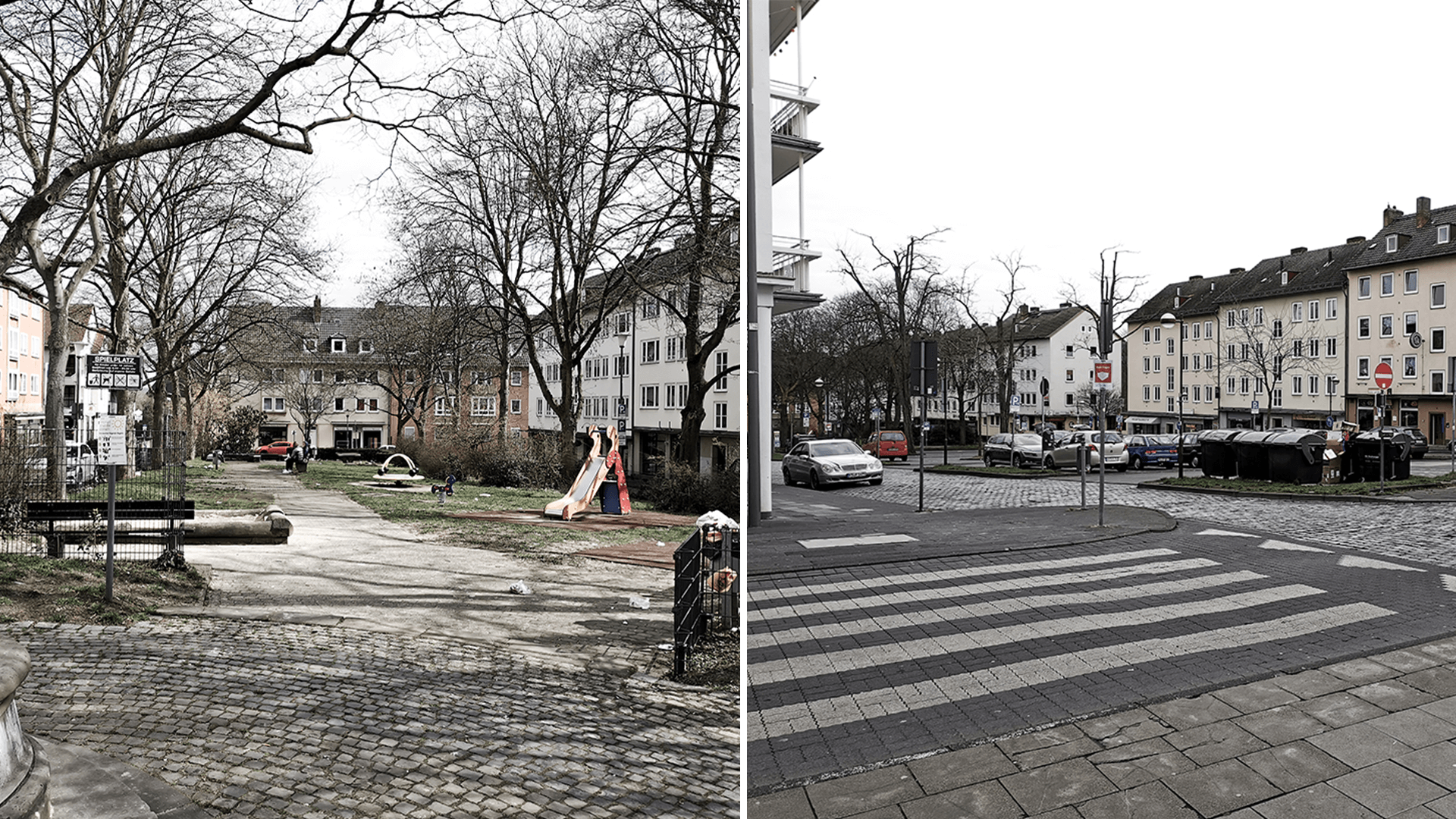 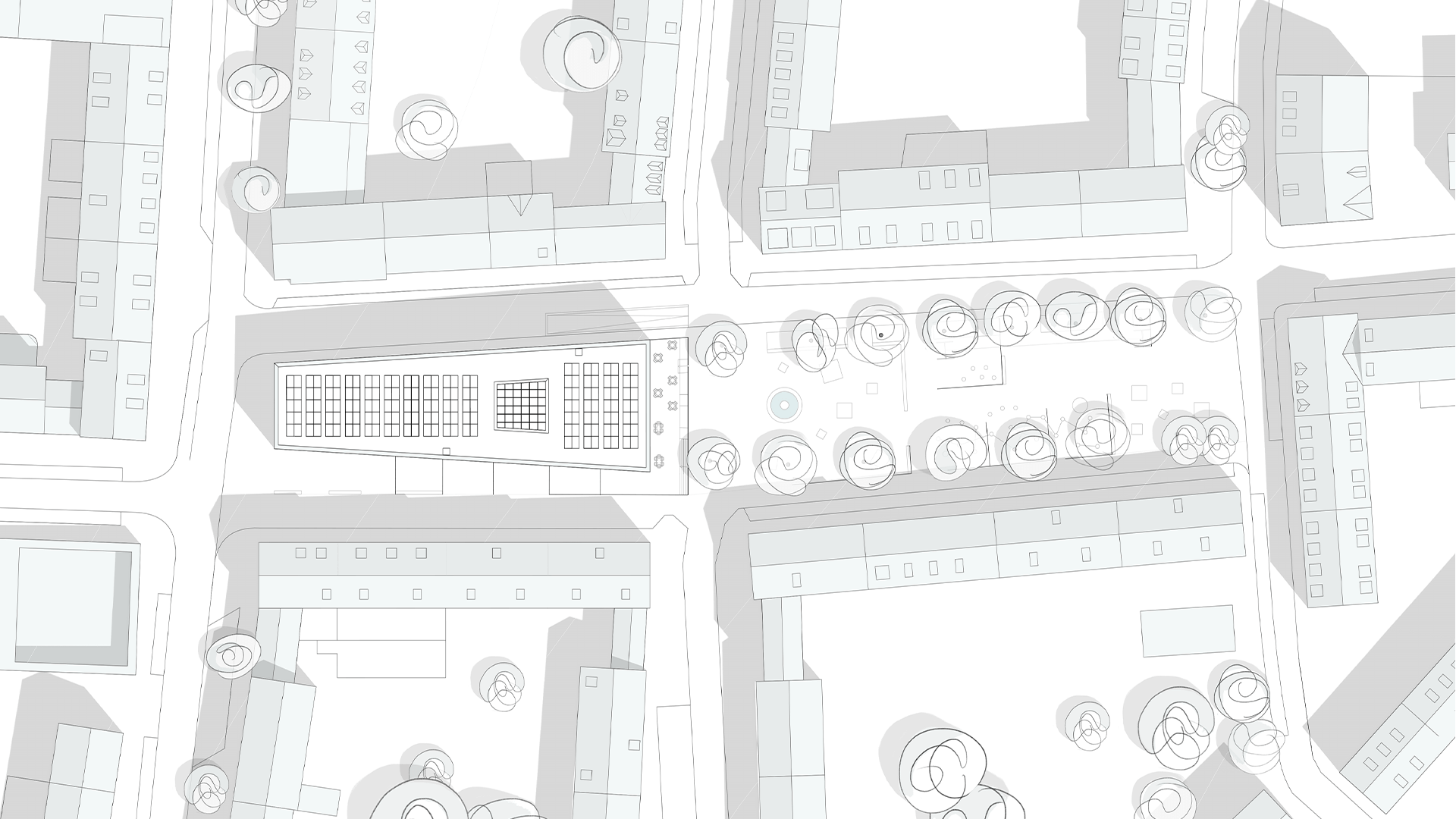 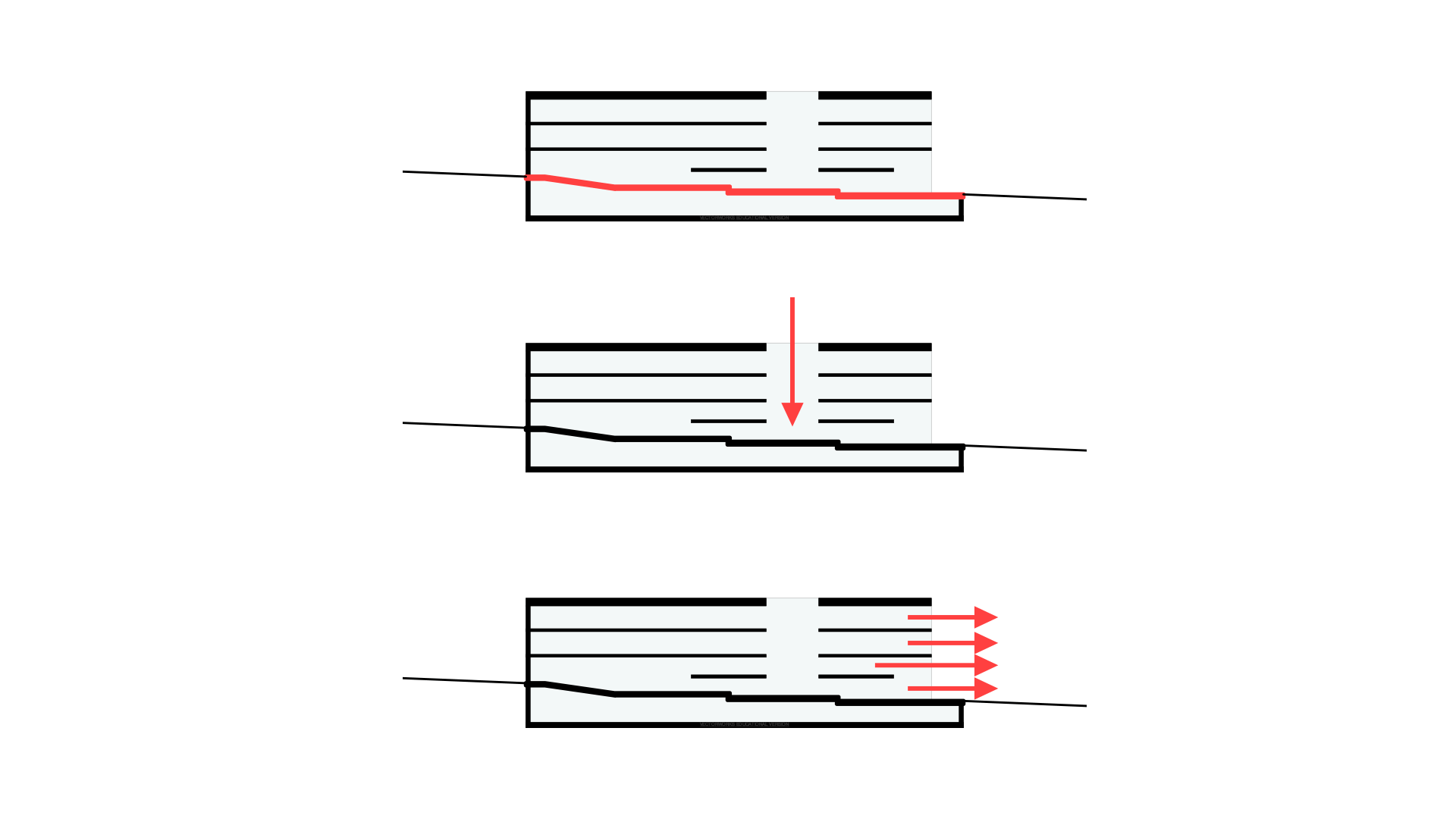 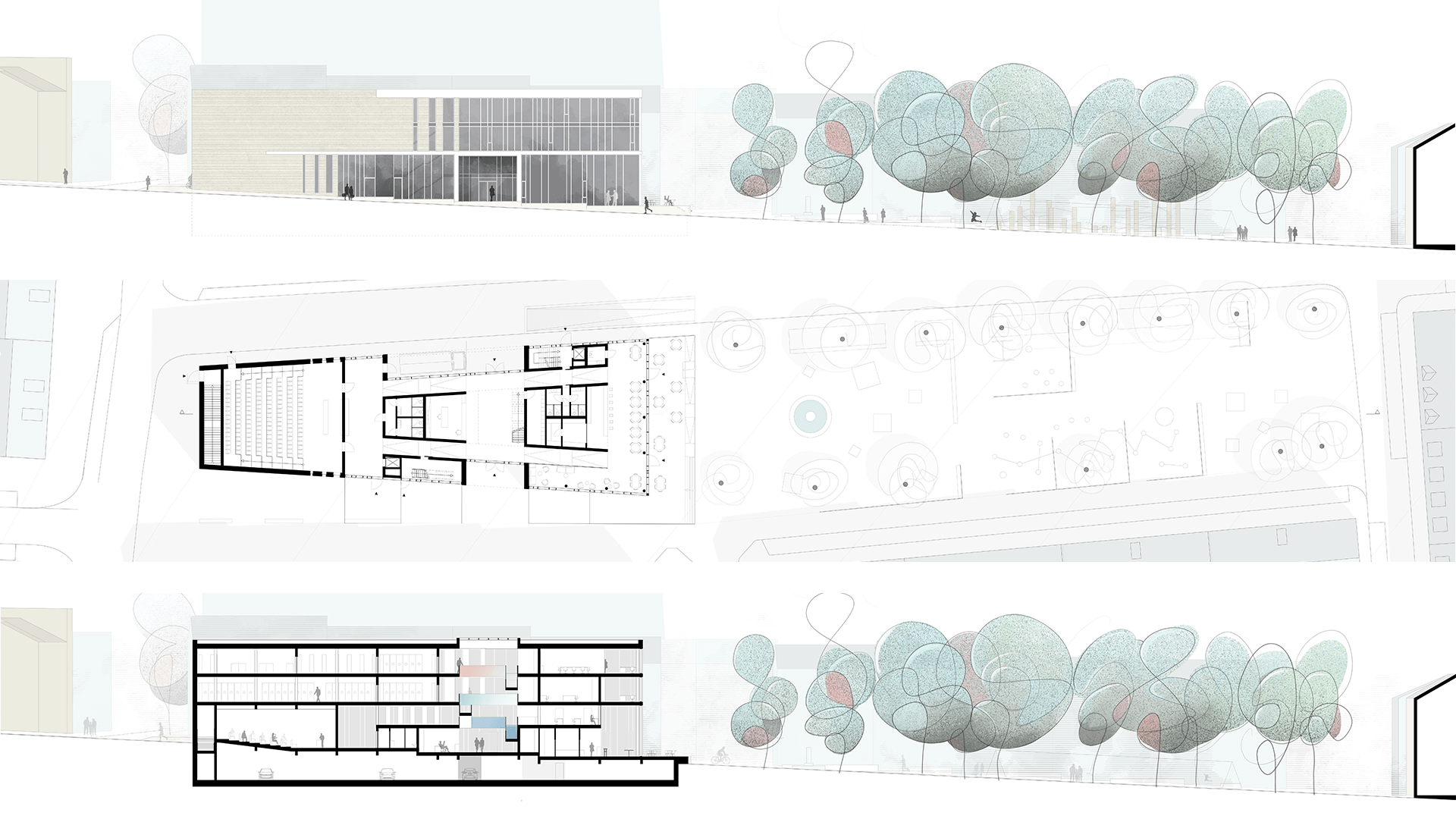 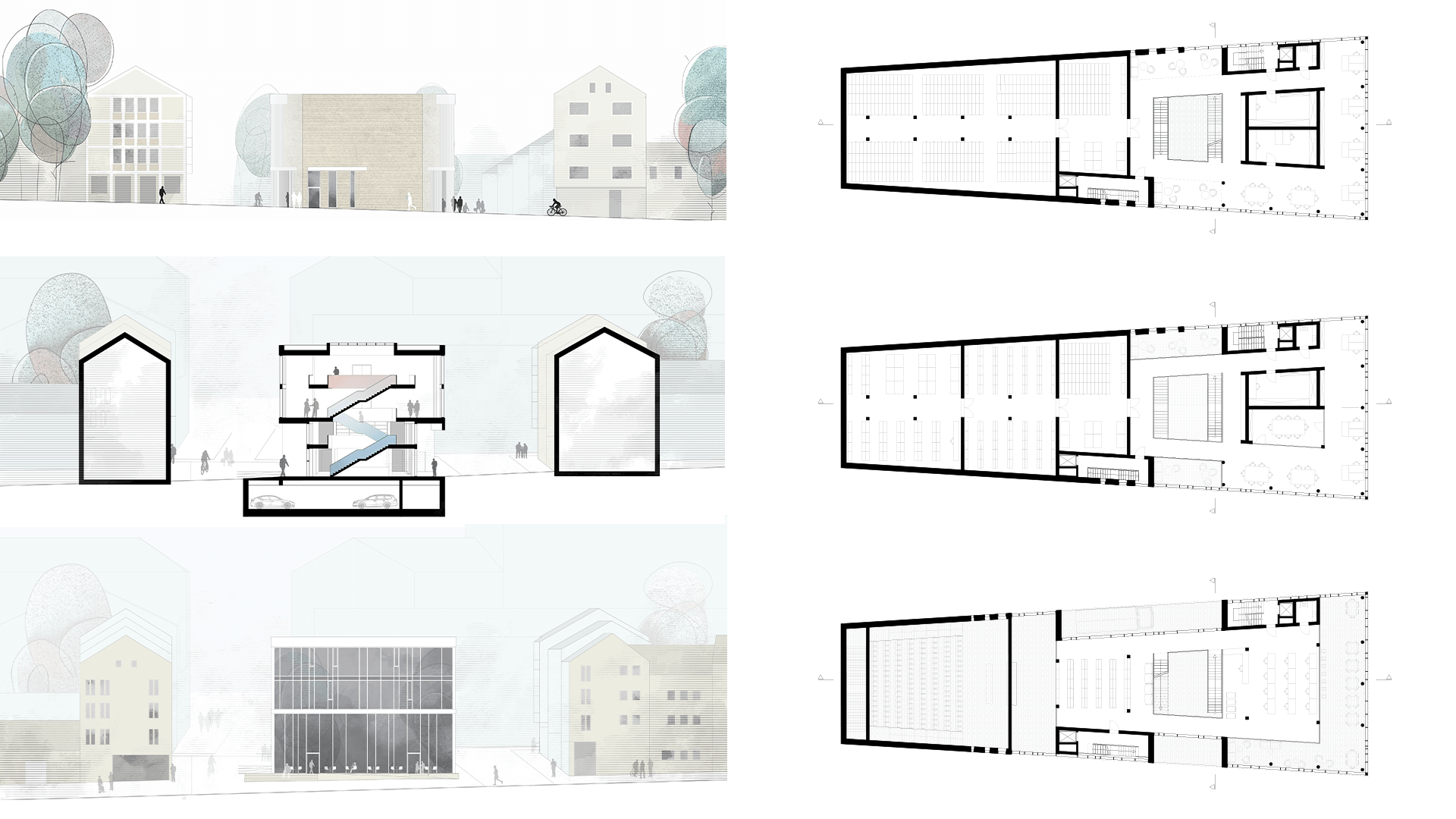 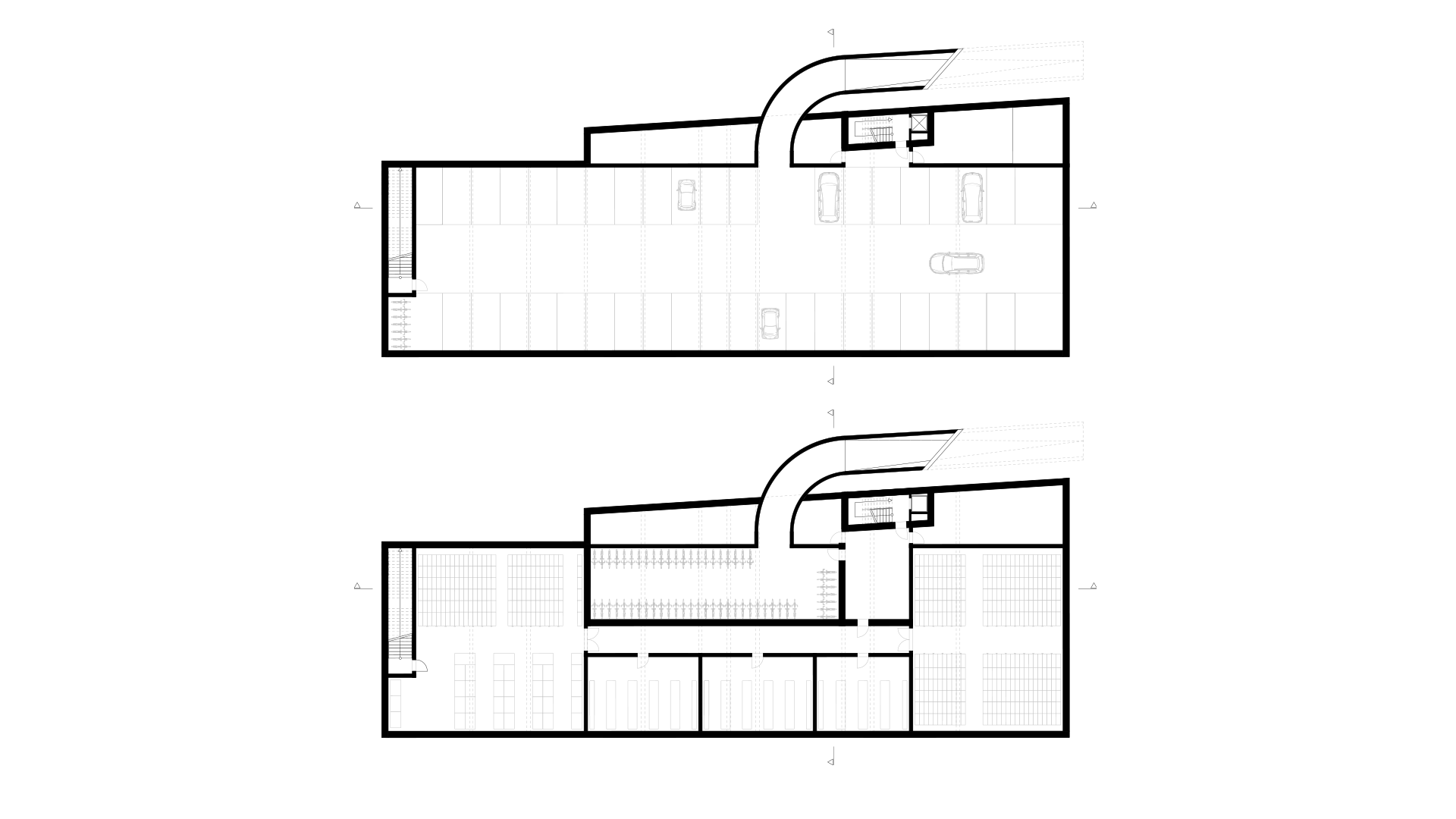 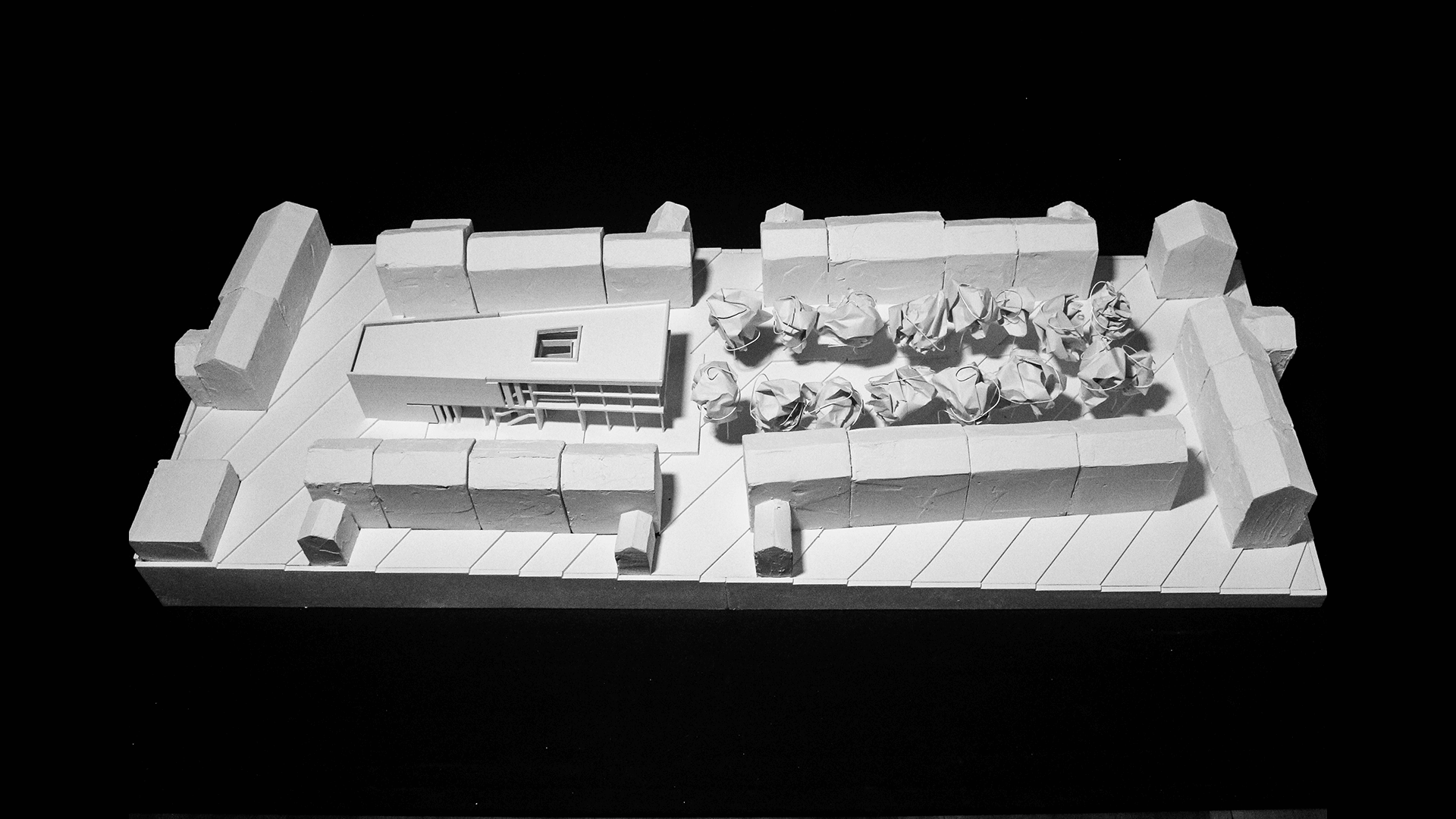 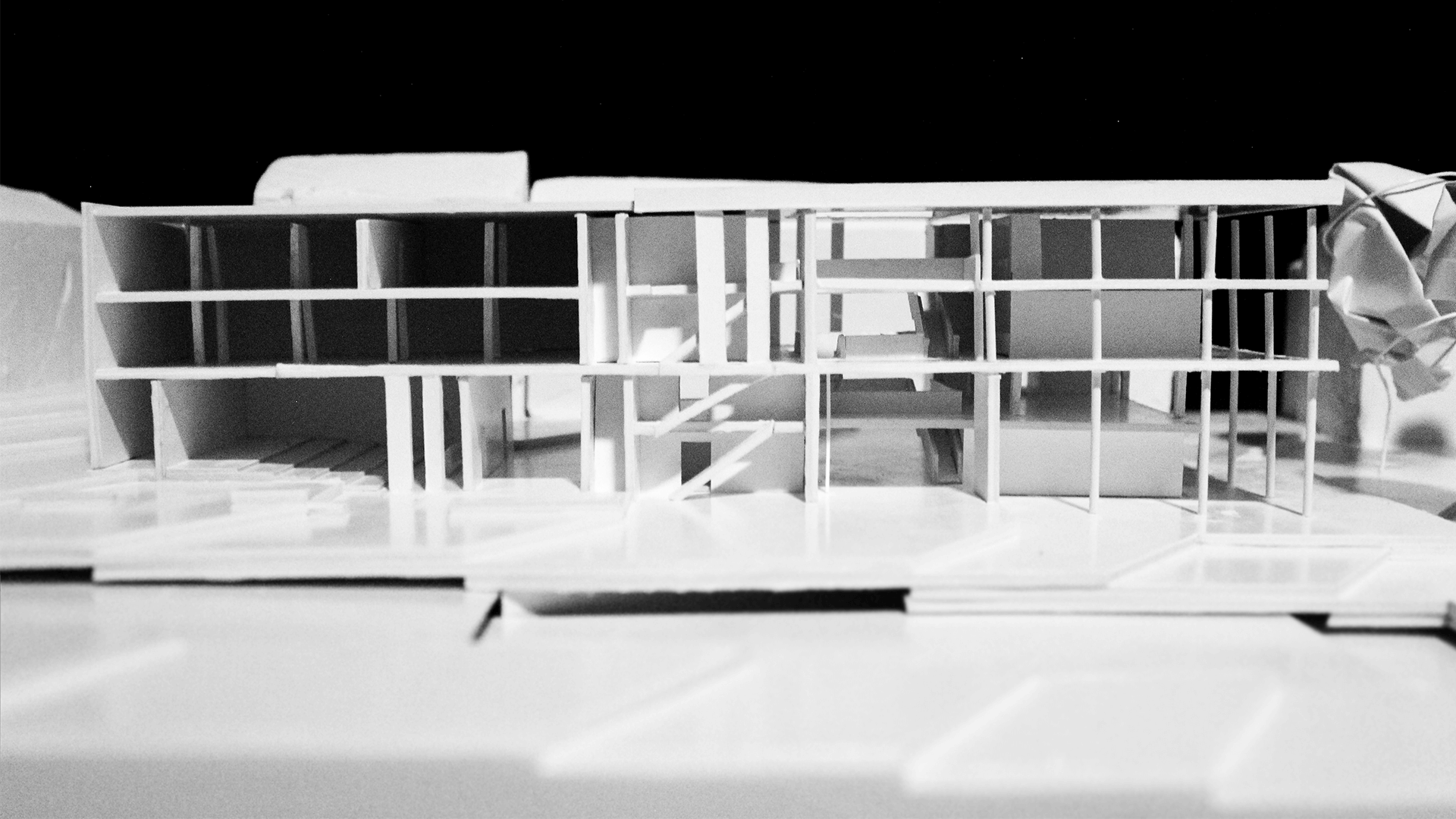 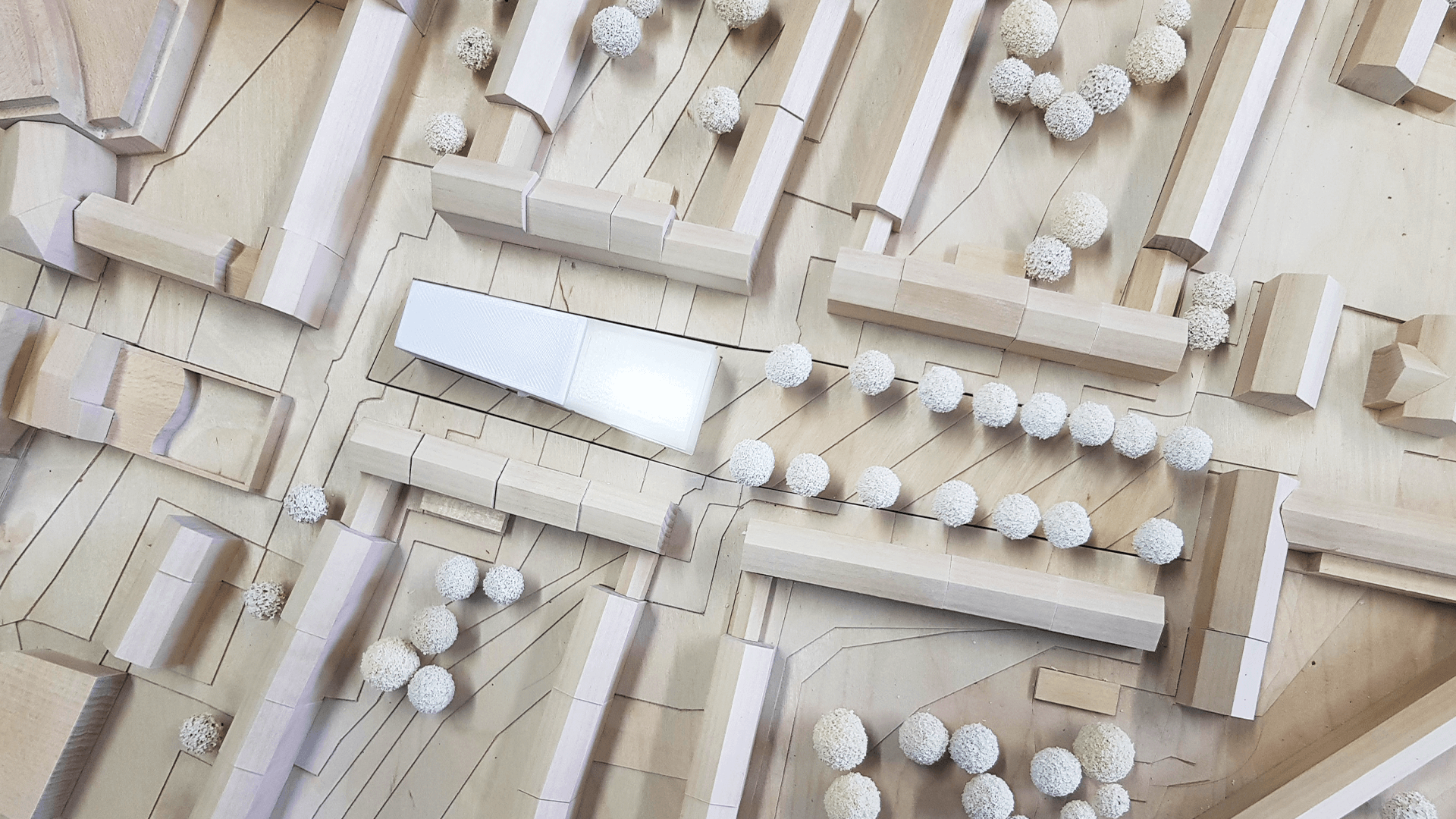 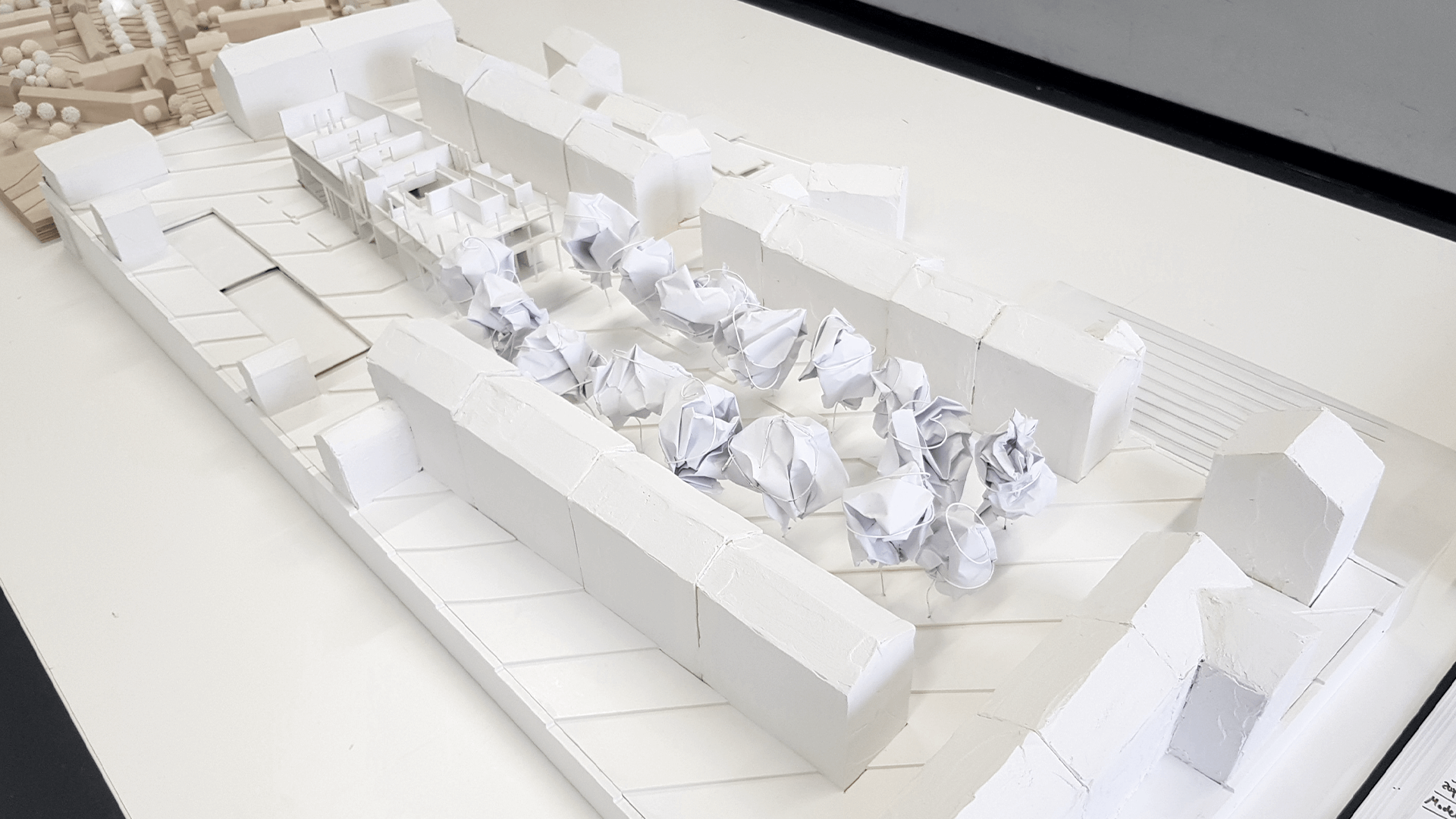 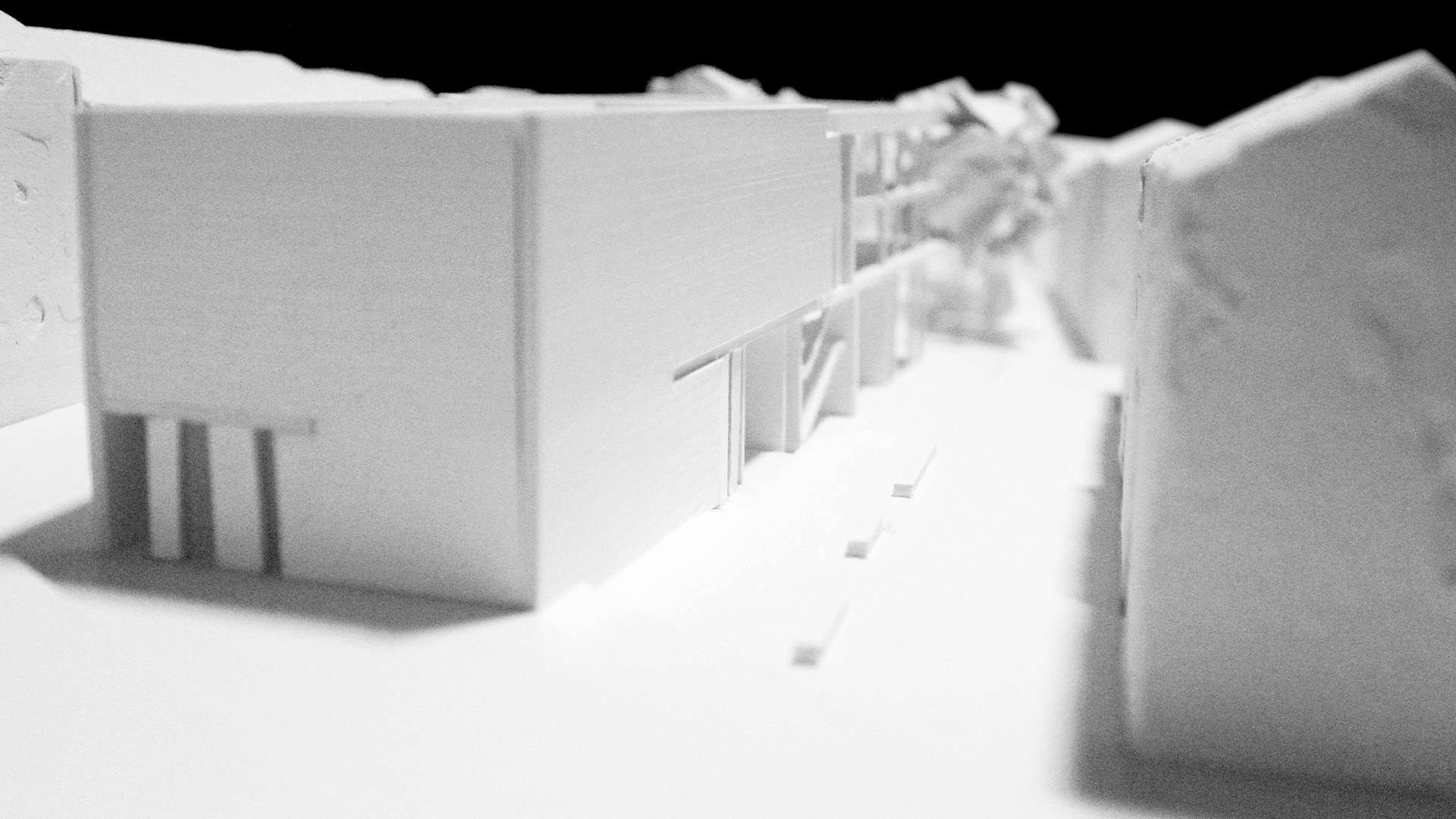 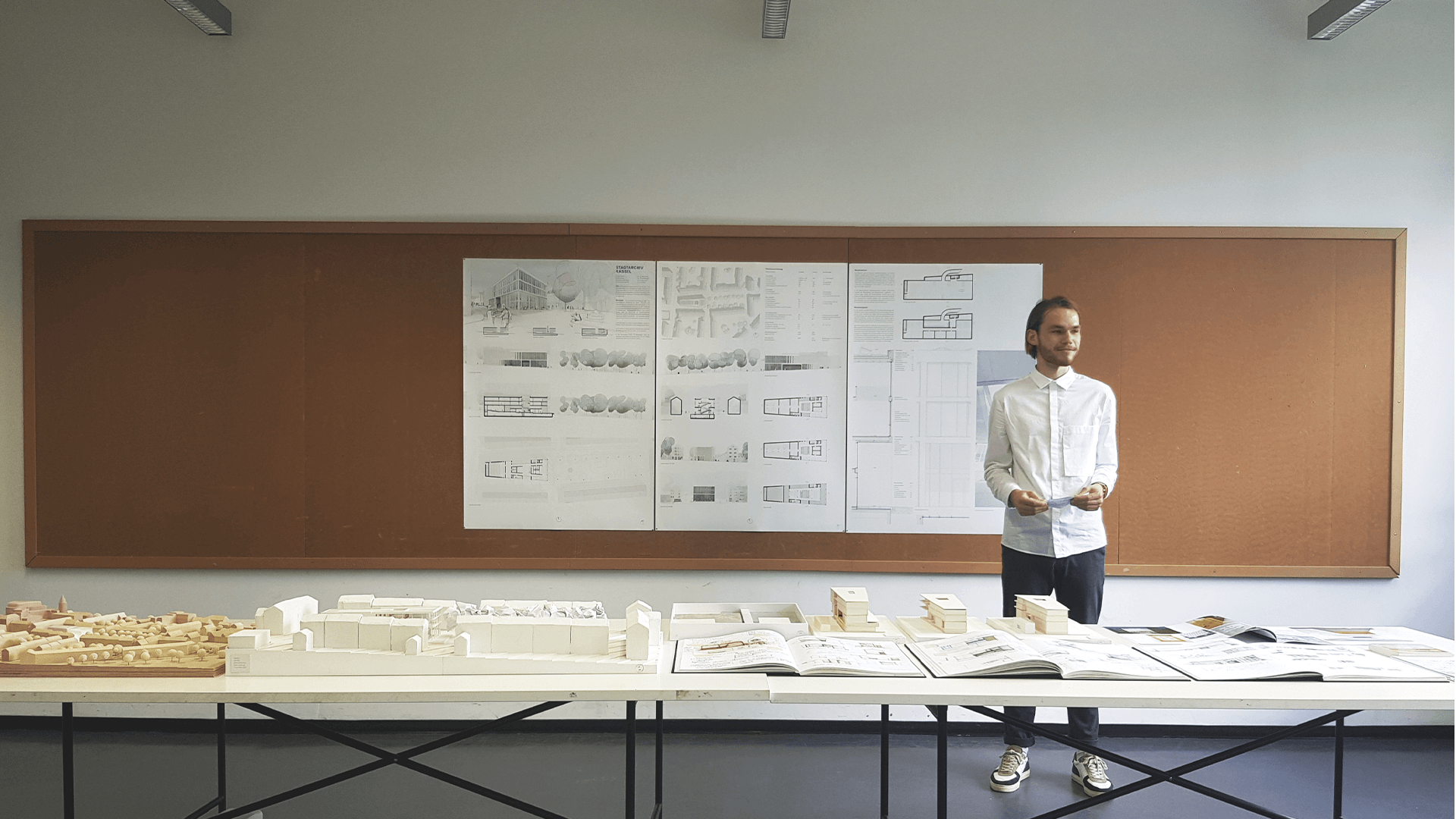 The subject of the design is a new building for the city archive of the Documenta city of Kassel, Germany. Currently, it is located in an old market hall in the inner city but it will soon have to relocate. An urban place close to the market hall in the inner city was found as a new building site. The new location is a rectangle with a slope of around 7m surrounded by 1950s residential buildings. Currently, half of the rectangle is occupied by a parking lot and the other half by a playground surrounded by trees. In addition to the rooms for the archive, the building also includes workrooms and offices for the staff, a lecture and meeting room, a foyer and a café.

The urban concept envisions building exclusively on the upper part of the sloping building area in order to preserve the green areas in the lower part. The idea behind the form factor of the building, is to keep the visual axes of the streets as free as possible. The archive has four floors with different room heights. The overall height of the archive, is the same as the eaves height of the houses on the western side of the building area. The spatial concept in the interior is determined by three  principles:

1. The ground floor is embedded in the topology of the terrain through several plateaus that are connected by ramps.

2. An air space in the center above the foyer serves as vertical access and brings air and light into the building.

3. As many rooms as possible are oriented towards the visually appealing lower part of the building site. This increases the quality of stay for the workrooms and offices.

The construction is a massive reinforced concrete structure in order to be able to carry the high loads of the archive. In the closed facade areas, ventilated facade panels made of shell limestone and glass fibre concrete are installed. This builds a contrast with the window areas, which are realised with an aluminium mullion and transom facade. A photovoltaic system with east-west orientation in combination with a green roof is installed on the large flat roof area. The green roof substrate serves as a weight for the solar modules and at the same time provides natural cooling, which increases the efficiency of the system. The Kassel archive is planning an increase in inventory of approximate 400m2 by 2050, which was taken into account in the space allocation plan. In order to allow for further expansion, including in the digital area, which is expected to grow rapidly, the underground car park is designed to be transformed into further archive areas, without major effort.